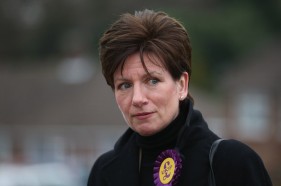 The resignation of Diane James from leadership of the UK Independence Party, whilst perhaps not entirely surprising, is unfortunate.   Her reign of only 18 days must be something of a record for a political leader of any party, indicative perhaps of the struggles that seethe beneath the surface of UKIP’s emergent force.

I raise my tiny voice in concern because UKIP is important.  In a political Britain infected by the soporific sluggishness of the European Union it is a vital force for dynamic change – the change is happening, despite the doleful voices of the London Bubble – and the ability of Government to reflect that change at Westminster must keep pace.    The pace will be fast.

Theresa May’s approach to ‘Brexit’  (am I the only one becoming tired of that word?) is refreshingly bullish.  Her refusal to respond to the sententious attitude of Brussels that clearly casts the UK as a naughty schoolchild is gratifying and assures me for the present, at least, that the Article 50 negotiations are in good hands – for now.

At home, though, the auguries are less clear.   Jeremy Corbyn’s leadership of the opposition has redefined the Labour Party as an extreme left-wing socialist group unlikely to interest the greater part of the UK population.   Corbyn’s cabal is clearly determined to de-select unsympathetic centre-left MPs in favour of a more neo-Marxist trades union dominated parliamentary party, thus undoing what was possibly Tony Blair’s only beneficial contribution to Labour politics.   As a party Labour was unelectable before Blair came, and it is bent upon becoming unelectable once more.

The great majority of the British public do not want a rampantly socialist government.   It never will. Yet a credible opposition is needed, otherwise Theresa May’s Conservatives have carte blanche.   Effectively unopposed within the chamber of government  they can behave pretty much as they want, and the temptation to offer sops to more extreme right-wing factions within their party will be great.  At this moment the only opposition in play is provided by the Scottish Nationalists, a scattering of Irish MPs, and the doughty rear guard of a failed Liberal Party that was so misguidedly digested by coalition in the last Conservative period of office.

Who better, therefore, to occupy this newly created space?   UKIP mobilised the British population behind a cause and brought them out to vote as never before.  It presented a simple message to the voters that found sympathy – it had an ear to the real drift of public opinion and gave them a voice.   That initial dynamism focussed upon one issue and around one man; Nigel Farage.  And therein, maybe, lies the problem. 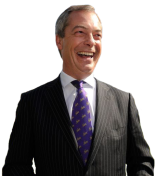 Not the only problem.   The massive task of gaining enough candidates to contest every seat at the last General Election rushed UKIP into assembly of a rag-bag of politically ambitious figures all interested in becoming MPs and glad to sign up for the first opportunity.  The only issue they had in common, however, was ‘Brexit’ and many had different visions of that.  Now that the figurehead of their party has stepped down those differing visions can have free play, and instead of grasping a golden opportunity their executive are squabbling amongst themselves.  Between now and Theresa May’s declared date for the next General election (2020) they have the chance to supplant Labour as the major opposition party.    The Liberals certainly won’t do it, and the Nationalist parties have their own agendas.

The UKIP aims as stated in their orchestrated campaign to take Britain out of Europe spoke to the Labour voter.   A sleeping giant was wakened, addressed in a language it could understand, and provided with the sort of common sense British politics has lacked for generations.  As a result the giant voted, and will vote again, for those same common sense arguments in a manifesto for the future of the Britain we have now.   The only problem is the lack of a Farage to lead them.  (Figurehead needed: please apply)

Believe it or not, I am not a convinced UKIP voter now, although I voted resoundingly for leaving the EU and I’m proud to see my country’s innovative and positive reaction to the referendum result.  I love to see the establishment confounded and I have always believed the European Federalist dream was just that:  a very expensive dream.   I might vote for a future UKIP;  I certainly will not vote for Jeremy Corbyn’s version of Labour.    I think there are many like me.

What do you think?